My Journey So Far

On social media, I’ve announced the release of Andrew Hiller’s multimedia project about me and Julie Milillo.  I added the video below.  It touches on how self-publishing helped me stand behind a project I was proud of.  I’m a nostalgic person at heart, so watching that made me remember how I got to this point in my career as an author.

It starts with rejection.  About two years ago, I made the decision that The Journals of Bob Drifter (JOBD) was ready for the world, so I started looking for agents.  I think I sent a total of 50 queries.  Now I don’t really know if that’s a lot or a little in comparison to others, but I got some 15 replies back.  One went so far as to say, “I found your story un-intriguing” or something to that effect.  That particular email required some emotional support, massive Doctor Who, chocolate chip cookies, and a few days of moping.

I sent it to whatever slush pile I could get it to.  They all said no or ignored me.  In some of my old notes, I came across Balticon 2014 (I think…the years blend together).  I was speaking to one of the guests, whose name I will not mention because I refuse to use other people to sell my work, especially without their consent.  He told me about a few other options.  He told me that self publishing was a path I could choose.  He told me there are several successful self-published authors.  To say that conversation was memorable is an epic understatement.  Most importantly, it made me fell like if I believed in my work, I could stand behind it.

No one likes bad reviews.  No one likes to think his or her work isn’t loved by all.  Bob has had a few bad reviews, but he has had more positive reviews.  I spoke about that in the interview above.  As cool as that fact is, that’s not actually my point.  The story deserved to be seen.

I made mistakes.  I was impatient with the editing process.  I’ll go over the long list in great detail here and there.  Those are mistakes I’ve made and mistakes I must learn from, but I wouldn’t change the fact that I have a book for anything.

I have a book.  It sits on my rickety old wine-rack converted trophy case.  The cover was drawn by my best friend in junior high school.  It’s dedicated to my dad and a certain horrifically overweight cocker spaniel.    I can’t tell you what that feels like.  If I wrote a million words and used every synonym for the word “euphoric” in every language known to man, I wouldn’t be doing the feeling justice.  I’m as self-loathing as the next artist, but no one can take that book away from me.

For those devastated by rejection letters and lack of responses, this is my advice.  No one can tell you you’re ready.  No one can tell you your book is ready.  Those who have access are barriers. They’re well-trained professionals seeking product they already know they can sell.  That’s their job.  They’re not evil.  They’re evaluators.  I’d listen to what they have to say and learn from it, but I clearly didn’t let it stop me.   You have to make the choice.  Do you believe in yourself or not?

I’m results oriented.  Every sale I make is a victory.  Every day I don’t make a sale (and man are there plenty of them!) is a defeat.  Every 5-star review is heaven.  Every 2-star review is hell.  I take it all.   I learn from it.  I AM an author.  However Bob does over time is the right of readers to judge, but that book deserved to be judged by readers.

So if you have a project you believe in, if you’d bet everything on it, and it’s the best project you could develop, stand beside it.  It matters LESS how it sells than that it’s out there.  Trust me.  I KNOW how if feels to think you’re not successful.  I struggle every day with marketing, publicizing, working on the next book, making the next book even better, and reading reviews and comments.  When I’m at my lowest, I remember two things. 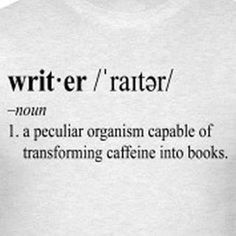 Two:  I’d have zero reviews if I never took a chance.  People can say whatever they want about my book.  They can say whatever they want about Caught when it comes out.  The reason they can talk about them is because they’re out there.  To me, the purpose of art is to be consumed  (not literally, JOBD is 400-plus pages). The point is I created something I’m proud of.

…I’m out there, and I never would have been if I didn’t try.

15 thoughts on “My Journey So Far”