Character Qualities: How to Analyze Characters and Use Their Qualities to Your Advantage

So I read a blog from Quintessential Editor a few days ago in which we discussed character or conflict.  He and I may (I’m actually not sure) disagree on what makes a book great.  I’ll vote character every time, and I have my reasons, but the blog inspired me to offer my view on what turns out to be how I evaluate characters.

I love Writing Excuses.  It’s a great podcast, and they did a podcast a few years ago (back when I had the luxury of listening every week) that helped me understand why I like books.  I’ve said it a few times.  I like sympathetic, proactive characters.  The podcast to which I’m referring is the one on character sliders.  In it, they discuss how to evaluate characters by Sympathy, Competency, and Proactivity.

I’ll let you listen to the podcast for the explanation because they’re awesome, hugely successful authors, and I’m an Indie guy trying to find my way in the world.  I will make one argument.

Sanderson explains that Sympathy is the “how likable a character is.”  He’s my Yoda in every regard, but I don’t know that’s true.  I think Sympathy (at least to me) is how strongly I feel about the character.  Whatever the emotion, if I feel it strongly, I’m drawn to the character.  The formula works regardless, but I see sympathy as “strength of emotional reaction” and not strictly “likable.” 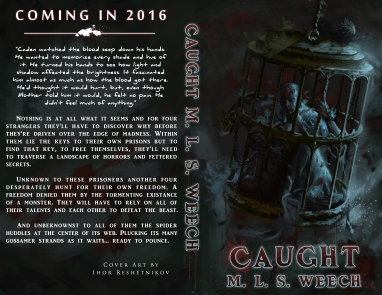 What I thought I could add or build from this wonderful tool was how to use it when writing a book.  I don’t see this as a character development tool myself.  Rather, I try to anticipate how readers will see the character.  I’m editing Caught still, so I’d like to use Sal.  In the previous draft, he was proactive and sympathetic.

My editor and I disagreed on his arc.  What I wish I’d argued then is that he wasn’t actually very competent.  He tried several times and several ways to do something before he gained more power.  His argument, in the interest of being fair, was that Sal struggled and failed so many times, and never reacted to those failures.

So how do you do this?  Well, I’m sure there’s a lot of ways, but this is my own spin.  At each major plot point (for me, this is when I check my outline), look at your character and see how the plot point might have effected each of these traits.  Every time a character fails, he or she seems less competent.  Some fans hate incompetent characters.  I’m actually not one of them.

Case study:  Naruto is a moron.  He’s a goof, who’s just winging it.  He can’t do a single normal jutsu and really only has the one major trick.  But look at how hard he works!  Look at how much he cares about his comrades?  Look at how he struggles to maintain his bonds.  In fact, each time he wins, it’s usually DESPITE his competence.  Still, if he NEVER learned anything, he’d eventually get boring.  So at certain points, he becomes ever so much less stupid.  This is how we see his progression as a character. Don’t mistake progression as moving forward.

Case study:  Rand al’Thor is one of my favorite characters ever.  In fact, I’d like to compare him to Ichigo from Bleach.  I feel Rand works more because there’s more progression.  Ichigo gets more powerful.  He’s competent, proactive and sympathetic, and he never really changes.  Rand becomes all the more compelling because as he becomes more powerful (and we’ll have to discuss something soon), he becomes more isolated and less sympathetic.  So you see, he devolves in sympathy as he evolves in power.

Is power a slider?  For me it is.  Because competence, to me, is the character’s success rate.  But there are several characters who win a lot, but still don’t feel very powerful.  The first that comes to mind is Ender Wiggin.  He’s incredibly sympathetic, competent, and proactive.  But none of that matters because he’s supposed to fight an alien race that the human race has feared for generations.     Power is a factor in a lot of things, and conflict can be the gauge by which you measure it.  So why do I consider it a slider? Because it can be used as a source of conflict in itself, not just a resolution to conflict. 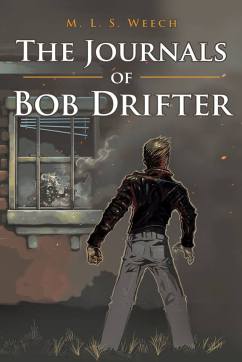 Now that I’ve done a few case studies, let’s turn that microscope on myself.  While writing Bob, I was very concerned about the first act because the conflict is subtle.  Most reviews regard the first act as the best, which makes me feel good I didn’t cut it from the book.  In the first act, Bob is sympathetic and proactive.  His proactivity is what causes the conflict.  Police notice him, and now he has to evade them.  He’s not very competent.  He doesn’t know anything about his job.  He doesn’t know how to avoid police.  He’s not even very good at covering his tracks.   This leads to the climax of part one.

When I got to Part 2, I checked up on Bob’s sliders.  Sympathy 100%  Proactivity 100%  Competence: 30% (I’m probably being nice).  Power 50%.  This might surprise people.  While Bob talks about how “useless” his powers are, he’s still comparatively more powerful than most of the characters in Part 1.  In Part 2, I introduce Grimm.  Now he’s very competent, very proactive.  How sympathetic is he?  I HOPE readers say they hate him, but I can’t pretend to know.   There’s hardly any feedback on him though, so that leads me to believe I miscalculated here.  So he’s not sympathetic at all.  (otherwise, readers would have said something about him by now).  I can learn from this.  But what he DOES do, is make Bob seem LESS powerful.  That also makes him seem LESS competent.  So the progress for Bob is actually devolving and not evolving.

In Part 3, I make Bob more competent.  I do this by showing him learn.  I had to bring in the “mentor” archetype.  I had to give Bob a few wins.  This made it so when he got to the final conflict, he looked like he stood a chance.

That’s how I use the sliders.  If I ever felt like my sympathy or proactivity values were slipping, I adjusted for it.  I encourage authors to do these checks. When you hand the book to beta readers, ask them to send a chapter by chapter evaluation using whatever sliders you use to evaluate the character, then compare those to your own assessment.  If they’re the same, I’d say you’re doing it right.  If they’re different, that’s when it’s time to find out what you’re missing.

I’ve never really cared much for competent characters.  They bore me.  Oh there are a lot of characters that I love that are ALSO competent, but for my money, if a character doesn’t make me feel and isn’t doing anything, I hate the story.  That doesn’t mean EVERYONE will.  Know your genre. 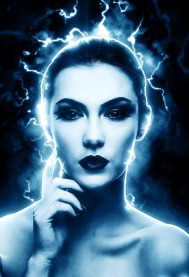 That leads me to my last point.  The Mary Sue character.  Corey would be awesome and tell you where that term came from, I just learned it an moved on.  (The difference between a gardner and an architect if I’ve ever seen one).    A Mary Sue is a character that is the most compelling, most powerful, most proactive, most competent character ever.  Dear God, do I hate those characters.  I argue that if a character is too powerful and too competent, the sympathy bar naturally slides down for me.  It’s a risk writers take.  But here’s my twist:

I get this from photography. I picked up that wonderful skill in the Navy, and I’ll love it for the rest of my life.  In terms of light, if you have equal values of red, blue, and green, you get gray.  You can have 20% of each, or 100% of each.  (Zero..well..then you don’t have any color, so that’s black, which, according to Batman is a very, very, very, dark gray).    I find characters feel like Mary Sues when all values are equal, no matter those values.

Character study:  Rey.  She’s not that sympathetic.  Really.  She’s just out there in the desert chilling.  You LEARN to care for her, but that’s not the first hour of the movie I saw.  She’s competent, but everyone but me remembers how she got captured (like a chump) and messed up the doors (like a fool) when they were first aboard the Falcon.  If I evaluate Rey right after meeting Han, I’d say she’d measure out at: Sympathy 10% Competence 10% Power 10% and Proactivity 10%.  Remember, Finn is the one who gets her to move.  She wanted to go home through the first half of the movie.

Her arc SEEMS Suish (trademark M.L.S. Weech) because she processes equally across all sliders throughout the movie.  She gains more power and competence.  This makes her more proactive and sympathetic.  I love the movie. I don’t mind Rey, but I don’t love her either, because she essentially sat around the desert until someone forced her to move, and even then she didn’t do much until she got captured.  Watch the movie, let me know if you think I’m wrong.

So that’s it.  Try it on your book.  Toss me a few character studies.  Let’s make a game of it.  Until then, thanks for reading.

16 thoughts on “Character Qualities: How to Analyze Characters and Use Their Qualities to Your Advantage”