A Fall From Grace: When Characters Devolve Into Villains

I honestly love character studies.  I started them in high school and learned how to write by doing case studies.  Just as I was pondering this very post, I ran into Adam’s blog post about how villains become villains.

I’ve grown up spoiled with stories.  I’ve gotten to read, watch, and listen to a ton of great stories in a litany of formats.  The most common trend I see these days is the sympathetic villain.  Perhaps a more accurate term in this case is a “relatable” villain.  Let’s face it, people just don’t wake up one day and say, “I think I’ll be a horrible person today.”  People are motivated to take action. 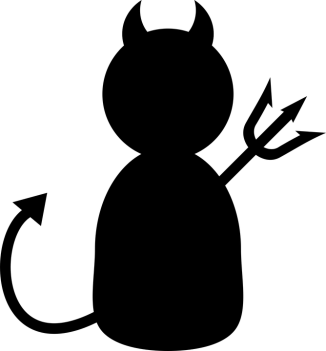 This got me thinking about a character study I’d like to share with you.  The most fascinating villainy turn I saw was linked to a phrase of mine. “The Devil isn’t the monster, he’s your best friend.”  I hope the Lord understands my metaphor and his worshipers don’t judge.  Let me explain the theory.  I don’t think the devil is one who threatens and yells.  It’s far easier to ENCOURAGE sin.  So that’s the meaning.  The guy who says, “Why not? Everyone else does it?  Why  not?  Who’s it really hurting.”  Temptation is the enemy of faith, and those “reasonable” steps away from what one should do is how that highway to Hell gets paved.  Now, I promise, this isn’t a theological post.  It just sets up this amazing story arch. 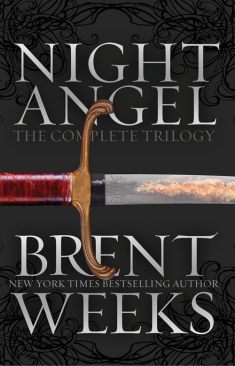 Brent Weeks’ Night Angel Trilogy is great just to read and enjoy, but I invite you to read it (or even better read it again) and pay close attention to Dorian Ursuul.  His arch is amazing.  You see.  He’s a good guy.  He has his struggles.  He even has this intense desire to step away from the fearful reputation of his father.  He’s a good guy right?  Well…sure.  But let’s try to avoid spoilers as much as we can.

The first thing that happens is he has to take the position his father had.  It’s all fine and good to CLAIM to want to be benevolent and kind, but that doesn’t always work out in practice when you’re in charge.  Dorian starts by hating himself and making concessions as to why it’s “necessary.”  Indeed, as a reader, I found myself noting that, “yeah, what are his options?”  Quite frankly his option was to live the bad guy or die a man of principle.  Who doesn’t understand that?

What Weeks does masterfully is up the anti.  Dorian does something else that isn’t’ very nice, but he has his reason.  Then he does something slightly worse.   By the time he makes his fifth or sixth “bad” decision, the readers have come to see him as having “gone bad.”  Even if his reason is the most noble on the surface.  This proves what I said above.  Villains descend into darkness.  I have a book on my own inspired by that very premise.

This arch is all about how power corrupts.  As Dorian progresses, he makes every decision for a number of reasons, some of which make perfect sense.  His descent was gradual and unfortunate. 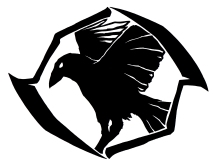 This is a POWERFUL storytelling tool I’m surprised hasn’t ben made more useful in fiction.  It makes the villain sympathetic more than a plot devise.  I won’t lie.  The main character, “Grimm,” in The Journals of Bob Drifter, is a plot device.  I don’t hate any storytelling techniques on it’s surface.  I’m simply trying to provide writers a tool for an underused structure they may want to consider.

I hope the example I gave makes sense.  I really fight to avoid spoilers.  If you haven’t read the book, you should JUST to follow THAT character’s story line.  It’s amazing storytelling.

12 thoughts on “A Fall From Grace: When Characters Devolve Into Villains”