The Line in the Sand: Discussing the “traditional” hero in comparison to the “flawed” hero

If Quintessential Editor could use a few of those greens he consumes so readily to help apply better terms, that would be amazing, but when discussing the contrast between the traditional hero and the flawed hero, I felt inspired (thanks Rough and Ready Fiction!) to offer a few case studies and offer my thoughts and opinions.

There are a lot of sources that describe a lot of hero archetypes.  The reason I didn’t narrow down to one source is more because I don’t feel there’s a TON of consistency out there, so I’ll use the terms that make the most sense to me and you can decide on what terms you like best.  I’m more interested in discussing my thoughts than I am determining the best terms in this regard.

The Traditional Hero:  He’s the nice guy’s nice guy.  He’s the white knight.  The man of principle.  He’s the example to follow.  If you had a daughter, he’s the man you’d want to date her.

Case Study:  Odd Thomas.  I won’t lie.  Odd Thomas was a very influential part of my writing The Journals of Bob Drifter.  He’s such a great character.  He’s honest, doesn’t cuss a lot. Heck, he even uses “sir” or “ma’am” when addressing people.  He’s forced to act by circumstances, and sometimes he must do things he doesn’t want to do, but he’s a good guy, and no one can deny that.  Bob is a traditional hero.  He’s honest.  He’s soft spoken.  He’s even a little shy around women.

I’m more drawn to these heroes because a part of me honestly believes that fiction should strive to show humanity what it CAN be.  This doesn’t mean I don’t appreciate flawed heroes, enjoy books about flawed heroes, or write stories about them.  When stretching to find new levels of skill, one must try new things, but my favorite books all have more traditional heroes.

The Flawed Hero:  He’s the rebel.  He’s the hero who’s a drunkard or killer.  He’s the man who’s seen stuff in life and is just trying to get by.  He’s the man you’d shoot if he showed up to ask your daughter out.

Case Study:  Durzo Blint from The Night Angel Trilogy.  I love him.  He’s a great character, but he’s a jerk.  He’s a whore-mongering, drinking killer.   His motives are selfish, and his moral code is just about as messed up as it can be.

These characters (to a degree) feel more real to readers.  They’re more relatable.  So I don’t know how often I’ll try to psychoanalyze humanity as a whole, but I’m going to step out on that limb in this case.  Most people, myself included, feel flawed.  Everyone has “hot buttons” because those issues spark in people that which they most dislike in themselves.  Where a traditional hero provides an example to follow, flawed heroes show readers it’s okay to not be “perfect” because you can still, and always, do something worthy of the term hero.

Let’s look at this in practice (an point out my hypocrisy at the same time):  Superman vs Wolverine.

Yep…I’m going the comic book route.  Superman fights for truth, justice, and the American way.  Wolverine is a killer.  Now, based on my above comments, you’d think I like Superman, right?  Wrong.  I hate Superman.  But in this we find the complexity of art.  I don’t hate superman because he helps old ladies cross the street or reminds people that “flying is still statistically the safest way to travel.”  I hate Superman because he’s TOO perfect.  He’s (arguably) the most powerful character in comics.  I don’t mind a person who has all these morals.   What I mind about Superman is the fact that I just don’t ever feel he’s in danger.  He’s not one for whom I worry because I don’t think he’ll ever be taken down.  I don’t read the comics too much, but I hear he’s been “flawed” in some regard.  I like Wolverine because (immortal thought he may be), I’ve seen him lose fights.  I’ve seen him fail.  And failure is a key part of gaining sympathy.

It’s the setbacks characters face that create the tension readers feel when they try anything.  These setbacks don’t have to mean failure, but they are important. 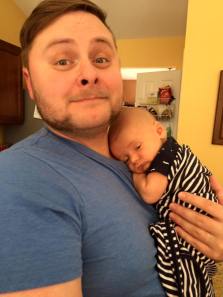 So my problem with what I feel is the overabundance of flawed heroes isn’t people genuinely have flaws.  It’s that some readers argue there aren’t nice guys out there.  I served for 10 years in the Navy.  Some of the kindest, most “Superman” type people I’ve ever met (Quintessential Editor among them) are Sailors.  Corey will give you the shirt off his back while asking if you need a pair of pants.  He’ll give everything he can for people in general.  He’s capable of right and wrong like any human, but if I have a son one day, I’d be pretty proud if he grows up to be like Corey.

I have other friends.  I have friends that my other friends ask why they’re still my friends.  I obviously won’t name one.  But if I were to judge people and withhold my friendship because they’ve done things I don’t like, I’d be pretty short on friends.

So what’s my point?

The most times I hear arguments regarding these two types of heroes, they’re arguing principles when what I think they’re really discussing is the unreal reaction to events.  This was a major point of discussion with my editor about Sal in Caught.  He goes through some seriously bad stuff, and just keeps plugging along heroically.  At least, he did in the last draft of the book.  In this draft, the issues he faces causes him to doubt himself.

I don’t actually care what type of hero anyone writes, but MOST readers want realism.  They want character who reacts to situations.  Let’s do another case study.

(SPOILER ALERT FOR DOCTOR WHO..YOU HAVE BEEN WARNED) 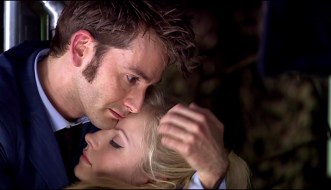 Doctor Who:  In the episode entitled “The Doctor’s Daughter,” the doctor meets, grows to care for and loses a genetic clone of himself that seems like a “daughter.”  The fanboy in me chuckles a bit because I actually remember the doctor’s initial reaction to Jenny (I believe the word “abomination” was used, but I could be wrong).  Tennant is (from my informal, passive observation) commonly regarded as the “best” modern doctor.   He still does the “good guy” thing in the end.  He shows mercy.   He’s still the better man, but the viewers see his temptation.  They see his desire to do wrong, and he chooses to do right.  THIS is what makes characters compelling.  It’s seeing characters tested that make them sympathetic.  But test a character too much, and the reader will become annoyed.   The writers’ skill in having the doctor do “good” and “bad” is what makes him feel real in a lot of cases.  Tennant’s doctor is the greatest example of this.  He’ll be the better man when Jenny dies, but then kill a bunch of people if they don’t heed his warning.

I shifted Sal’s timeline not because he was “too good” a guy, but because he receives a lot of negative stimulation without any of those events affecting his personality.  I still feel strongly it’s okay to have characters who “don’t break.”  Those characters who never shift their morals because those morals define them are important.  Ultimately, Sal’s the same “person” he was in every draft of Caught.  But his responses to what he goes through shifted to account for those events.

I think some people like “flawed” heroes because it’s easier to believe a flawed man can do right on occasion than it is to believe a man can swear never to kill, no matter how many sidekicks, women, friends and associates die because you refuse to kill a man.  (I’m looking at YOU Batman!)

So let’s talk about the caped crusader while we’re at it.  Am I mad at Batman for never killing Joker (at least he didn’t when I last glanced at the DC universe. Again, I’m not a fan of that industry)?  If you want REALISM, how does a mass murderer commit any crime and not inevitably be put to death by the legal system?

(NOTE)  Look, I’m not here to start political debates.  I won’t share my opinion on the death penalty any more than I’ll approve comments which do the same.  This is a writing blog.  The above comment was made because the death penalty exists regardless of the existence or absence of my approval.

What do you all think?  Which do you all prefer?  Feel free to throw your comments below.  (For the record, Doctor Who is a FLAWED character.  Come on people, even if you know the events of “The Day of the Doctor” he still knowingly killed an entire species.)

30 thoughts on “The Line in the Sand: Discussing the “traditional” hero in comparison to the “flawed” hero”