The Bad Guys: The Different Types of Villains

I was jumping around the Blogverse (if that’s not already a common term I’m trademarking it) and found J.R. Handley’s blog about Villains.  That got me to thinking about the “types” of villains.

This isn’t to be confused with conflict, which Quintessential Editor covered so well in this blog. Villains are a source of conflict, but I’m talking specifically about the different types of villains you see in stories.

Both have a lot of great information, and they break villains down to a very fine degree.

However, I tend to like things kept simple. Things can be broken down into micro-categories, and one should work to do so. But where the above blogs give you the micro, I thought I’d attempt to offer the major categories of villains. The distinctions I give them are out of my own mind, but may overlap. My goal is to create a smaller list of “broad” terms to describe whatever villain you might be creating. That list can be broken down into either of the lists I mentioned above.

So here we go:

This villain has what seems to be absolute power. This villain rarely acts directly. He/she has agents who do his/her bidding. The final conflict between the hero and deity villain don’t always end in direct conflict, but they can.

Stories from this point of view often have a “helper” deity. This usually gives the hero (if he isn’t a god or demigod himself) the required power to delete this evil, thus preventing Deus Ex Machina. Now, some stories have many different villains (the Greek gods were dastardly in some regards, but they weren’t the “main” opponents, just meddlers that made life more complicated for hero and villain alike).  But stories that focus on this villain as a source of conflict are go-to Scifi and Fantasy villains.

Case Study: The Mistborn Trilogy (1st era).  I was going to analyze this more deeply, but it’s just a great series, and if you haven’t read it, I don’t want to spoil it for you. This trilogy meets all the criteria I mentioned above.

Case Study: Lord of the Rings. As I mentioned above, the hero and deity villain don’t have to face off directly.

The inversive villain:  I did a blog about symbiotic villains recently.  These guys all fall under that category. The sole requirement in this type of villain is that the villain is the equal opposite of the hero.  I did plenty of case studies for this in the blog I just mentioned, but I do want to elaborate a point.

It doesn’t matter how powerful or weak the character is. What matters is the qualities the hero shares are manipulated and skewed through the perception of the villain. Some inversive villains are equally as powerful as the hero, while others are comparatively weaker. This depends on how much the hero’s “power” defines him. Whatever defines the hero also defines the villain, it is the stance on the issue or the application of those defining traits that make the conflict between these villains and their heroes so compelling. 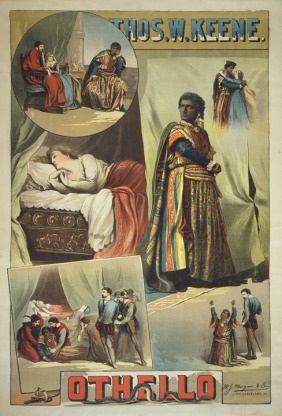 3) The betrayed villain: A point of emphasis. Here, the point is betrayal is the nature of this villain. It doesn’t matter if it’s the villain who betrayed or was betrayed. If the cause of this characters negative actions are a direct result of a foreseen “slight” you have a betrayed villain.  Betrayal is a key theme in this conflict and to this character. This villain rises due to a wedge driven between he and the hero. They were friends or family at some point.  Don’t be tempted to throw Magneto in this. Magneto and Charles still care about each other. Neither feels betrayed and they, in fact, often protect each other from perceived “greater” threats. No, Magneto belongs in the inversive villain category.

Case Study:  Iago (my favorite villain of all time).  Iago felt betrayed. The reason for his actions revolve around a promotion he felt he deserved but was instead slighted.    He was able to pull off his plan because of the trust he still feigned through the play.

This is a common theme in this sort of villain. , but it isn’t mandated. In fact, sometimes a   betrayed villain is born, and the hero knowingly creates him. The point is, this villain’s motivation and reason for dastardly deeds is based on a sense of betrayal. I thought about this topic a long time, and couldn’t readily think of a “main” villain of this type in Fantasy or Science Fiction.  So if anyone here more well read than I am knows of a scifi/fantasy villain who falls in this category, please say so in the comments below.

4) The pure evil villain: These are the guys my generation grew up loving to hate. These villains are very common in cartoons. Pick an 80’s cartoon, look at the villain. These guys are falling out of style these days because their motivations are harder to believe. These are the guys who simply exist to be bad. They have no motivation nor cause for their evil deeds. Any villain who is bad, but there’s no identifiable cause of that evil falls into this category.

I’m not so against this type of villain, but my editor and many bloggers talk about them, and most say these types of villains are unsatisfying. That doesn’t stop Hollywood from cranking out villains who fall under this category, but there’s a reason for that. TV and Movie fans have a lesser expectation of depth. Unless you’re sitting down for a 30-minute cartoon, the viewer doesn’t tend to care “why” the villain is doing what he’s doing. To shift your villains out of this category, give him a motivation the reader can identify. I’m personally NOT going to make it a requirement that the reader empathize, but some would argue the requirement. I absolutely agree the reader/viewer must understand a character’s motivation to be promoted out to this category, but I don’t think the reader has to agree or empathize with it.

The cause villain: If all you do is give your “pure” evil villain a “cause” this is what you’d get. Here is a villain who has a “reason” for what he’s doing, but that reason can vary. It doesn’t matter here if the reader agrees with the cause. What matters is the reader understands it.

Case Study:  Grand Admiral Thrawn from Star Wars. He wanted order in the Galaxy. He did some awful stuff to see that order delivered, but he did it.  For fans of the series, I have a question you can debate in the comments below.

I was going to create a new category for the power-hungry villain, (which might be where Palpatine goes) but it doesn’t matter that the cause is “more power.” If the villain has a cause, he’s a cause villain.  This is the villain whose primary motivation is the accumulation of (or of more) power.  That means this is where those evil emperors/kings fall under too.  He’d be pretty easy to get a long with if the world would just do what he says and give him what he wants.  You may argue Palpatine goes here, but I’m less convinced. Yes, he wants to rule the galaxy, and that might be the point that wins the argument for you, but did he develop that want for a reason? This is what creates the power-hungry villain subcategory of a cause villain from a power-hungry villain. If the villain’s cause is more power, you’ll see this (specific) version of a cause villain.

Case Study: Sylar from Heroes. His whole purpose is the accumulation of abilities. He still has a cause, but that cause is specifically related to power. Yes, Palpatine and Sylar are cause villains, but their motivations might differ. I’m not wholly bought in on the idea that Palpatine simply wanted “more power.” I’d be very interested to see a debate on the subject in the comments below.

So there it is.  I’m pretty confident I could set any villain in one of the five categories above. The subcategories (power-hungry being so important I felt I had to at least address it) are more about plot and conflict than the motivation for the characters.  Do you have a villain I can’t throw in one of these categories? If so, what category would you give them? I’d love to hear your thoughts.

12 thoughts on “The Bad Guys: The Different Types of Villains”