What is it to be a Hero?

My favorite thing about the blog so far is the inspiration I see from comments to older posts. I’m glad you all enjoy character studies as much as I do, and when I talked about “flawed” vs “Traditional heroes, you all gave me some great ideas.

The first idea I wanted to tackle was the idea of a hero, and what makes one heroic. I thought about this for some time, and decided it came down to sacrifice, courage, and loyalty. For my character study, I’m going to say I’d like my hero (regardless of his flaws or perfections) have all three of these if you look hard enough.

So since I have three traits, I should highlight three characters right?  Makes sense to me at least.  So without much more ado, here are three characters that I think are fantastic heroes because they exemplify these traits.  BUT as a special aside, NONE of these characters are (at least regarded) as the main character of their stories. This means Sam is out from Lord of the Rings because I honestly think  he is the hero of that book.

Perrin Aybara is absolutely my favorite character from Wheel of Time. Oh Rand is awesome and Mat is fun (and he has my name, so he has to be awesome right?), but Perrin’s heroics are worthy of study.  (Look, Rand is easily a hero, but he’s too easy).

Sacrifice: He didn’t sacrifice his family. He LOST his family, but that doesn’t actually make one heroic. Not in my standing anyway. Instead, what he sacrificed was the simple life he always wanted. Through the whole saga he wants his wife and a simple life. This is exceptionally heroic as most people don’t long for that, especially in fantasy. Most characters dream of adventure and discovery, but Perrin just wants to be a blacksmith. He gave that up to be the man he knew he had to be. He continued to do so even thought it cost him.

Courage: Here’s where Perrin may fall short a bit in relation to the other two heroes I cover, but he still has it. No. I’m not talking about facing trollocs or whitecloaks. I’m talking about facing a part of himself that he doesn’t like. Look anyone can face external dangers. Fight or flight kicks in, and a man has to defend himself. That’s not (in and of itself) courage. It’s self preservation. Perrin faces his identity as a wolfbrother. He’s lived his whole life taught to believe wolves are evil, and THEN he realizes he’s becoming one (or like one).  He doesn’t necessarily want to embrace this part of his life. Instead, he chooses to. He has reasons, but he doesn’t just face this part of himself out of self preservation or even to save his friends. He does so because he must.

Xander Harris is the only character from Buffy the Vampire Slayer who doesn’t grow into something more. Heck even Dawn gets training as a slayer. Xander is just a guy.

Sacrifice: So where Perrin has some obvious areas of sacrifice. The question, if my criteria hold up, is what did Xander give up?  This is tough because Xander is actually a pretty selfish character. Sure he LOSES people, but what does he let go of that he would have if he’d stepped away from the Scooby Gang?  I thought about it, and nearly changed characters when it dawned on me. What he gave up was any chance to be special. Most people want a chance to shine. 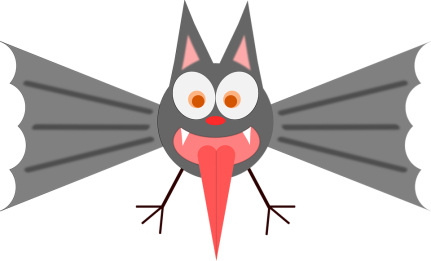 Most people want a chance to be in the lime light or be seen as important. Xander happily plays third or forth fiddle to a group of people that become exponentially more powerful and unique than he is. There was an adorable episode in Season 3 where all he wants to do is help. He KNOWS something’s going on, but everyone sort of shuns him away. He also finds his power there. In that same episode he sacrifices the opportunity to be exceptional just to be a part of something greater than himself. Go watch that episode and see how he eventually turns that to an advantage. Every progressing season he stays back. He is the normal, consistent part of life for individuals that are so much more. This becomes the need he fills for the team.

Courage: This is more on the nose than I’d like. But when his sacrifice is his choice to remain normal in a paranormal world, he’s also choosing to willingly put himself in danger when he’s always out of his league. It’s different from Perrin. Perrin faces his own fears because he’s bigger and stronger. Then he gets more powerful. Xander doesn’t have those advantages. All he has is the willingness to put himself in harms way over and over again just to stay near those he loves.

Loyalty: He takes a knock here, but not a big one. Let’s put this elephant on the table. He hates Angel and wants to kill him. Maybe even still. BUT, when he CHOOSES to see good in a person, he’s untouchable. He brings Willow back. What helps his loyalty shine here is how fierce he is with it. He hates who he hates, and loves who he loves. He’s as true as the North Star, and he doesn’t shift. Even his tolerance of characters he’d rather see take a stake to the heart is based on his friends’ desire to see them protected (though again, Angel makes this hard to justify). 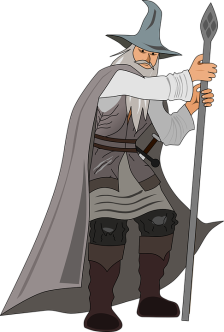 My final character is one I’m proud of myself for. This is mostly because, again, it’s easy to point out the hero of the story. They’re usually the ones on the cover. But my point is what makes a person heroic, and is it always the main character? In this case, how about Charity Carpenter from the Dresden Files.  (Love you Waldo, but you have a (INSER COPYRIGHT) as you’re a (INSERT SPOILER) now. Don’t freak. I’m not saying he’s NOT a hero. But he was already rewarded as one, so I don’t have to defend him.)  Charity though, she’s fascinating to look at under this light.

Sacrifice: I’m in the Navy, and I’m a coward. I chose to avoid a certain problem rather than ever face it. But let someone you love put himself or herself in danger time and time again. It’s harder than ACTUALLY putting yourself in danger. (Any of my service members want to argue?) She gives up her husband for years, and THEN has to let her daughter go. She also sacrifices the VERY power that would make her able to fight, and she lets this power go to be a mom.

Courage: I’m going to double tap this. Facing danger, easy. Letting those you love PUT themselves in danger? Nope. I can’t do that. I’d rather take on the entire magical world by myself with a slingshot and a prayer (no offense to that guy who fought a giant) than let someone I love come anywhere near danger.

Loyalty: Where Xander is loyal to a fault, Charity’s loyalty shines despite her wishes. She lets Harry in her life (and those of her children) because of Michael. In point of fact, she, though begrudgingly, allows Harry to remain in that family despite every reason to turn him away. THEN she agrees to watch over his child. Loyalty isn’t always shown by being there when your needed. Sometimes loyalty is putting up with a person you’d rather not just because someone you cared about asks you to. This is where Charity shines. No, she doesn’t exactly like it, and that much is obvious, but she still does it.

What do you all think? Do I have too many qualifications? Not enough? What would you add?  What would you let go? Feel free to comment below. Or, offer other characters (I left a bajillion out).