Announcing the February Book Cover of the Month!

We’ve just wrapped up another month, and thanks to some last minute voting, it had a pretty decent turnout. This month was honestly slow (especially compared to last month), but that made it a pretty close, exciting competition.

Close as it was, one book came out in front and managed to stay there.

The February Book Cover of the Month is… 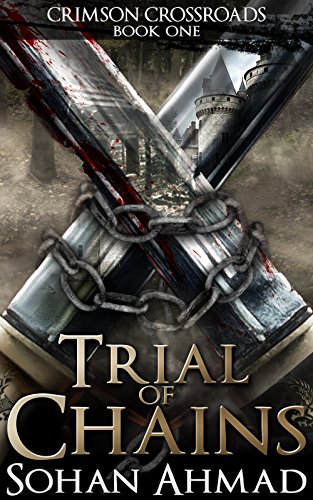 Trial of Chains by Sohan Ahmad! If you’re curious about how I felt about the book, check out the Facebook post that I posted when this book first landed on the bracket, here.

Ahmad received 578 total votes. The other noteworthy detail is Ahmad was last month’s runner up. That’s only happened once to my immediate recollection, but it shows finishing second and getting a second chance can pay off.

Speaking of finishing in second, Star Mage Exile by J.J. Green was this month’s runner up, which means Green will get another shot just like Ahmad did.

Ahmad made the most of his second shot, so he’s moved on to the Book Cover of the Year Bracket.  Let’s look at the summary for his book.

Born to rival kingdoms, young Cyrus and Sebastian seek to end the hatred between their people. One, a bastard slave with king’s blood, thirsts for the freedom of the other, a lord’s half-common son who curses the title left by his dying father. But before they can attempt a feat not achieved by history’s greatest kings and queens, enemies emerge from within their walls.

When an ambitious slaver catches Cyrus’s father with a damning secret, the southern king sells his bastard in exchange for silence. Now, Cyrus must fight for freedom and a place to call home. Meanwhile, Sebastian’s elder brother turns his jealousy into murder, and Sebastian must evade an assassin whose eyes are more dreaded than steel.

Hunted by shackles that break free will and shadows that slay, Cyrus and Sebastian will have to dirty their innocent hands if they are to survive long enough to free the realm from a thousand years of war.

I’ve added Trial of Chains to my TBR. (For those who are new to the deal, I buy the Book Cover of the Month to read and review in the future. I buy all the winning covers. I’ve already bought January and December’s book. 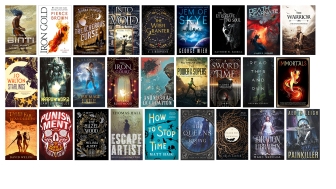 I’ll try to find out who did that cover. I’m still  behind my interviews, but I’m hopeful my vacation can give me a chance to get caught up.

The March Book Cover of the Month is coming along, and that contest will launch April 1. Things are finally going to get back to normal after the end of the year.

10 thoughts on “Announcing the February Book Cover of the Month!”