Greetings and happy new year to all!

2018 was a tough one for one very specific reason, but there were so many blessings both in my personal life and as an author.

I’ve now started a tradition, and I mean to maintain this one in which I let all of you know what my plans are for the year.

Last year I released four titles! The individual parts of The Journals of Bob Drifter, An Unusual Occupation, Bob’s Greatest Mistake, and Something Always Remains. I finished off the year releasing The Power of Words anthology. That gave me the chance to work with Heidi Angell, Richard T. Drake, and TW Iain.

I sure hope to release four titles every year, but this year might be a bit tough.  I’ve gotten a feel for the effect married life has on me, and so I’ve found a rhythm. There were delays though, and that might slow down the release pace. We also are only doing one convention (AwesomeCon) in 2019.

So without further ado, here are my plans for what I hope is a fantastic 2019.

Jan. 1: Repressed is live and doing well (more on that next week). It does provide more information regarding Kaitlyn from Caught, but it’s still different in that it’s absolutely a YA novel. It’s 99 cents from now until the 15th, when it goes to it’s normal price of $2.99. I’m still worried Betrayed isn’t going to be ready for a 2019 release (I’m trying. About 20 percent through the discovery draft as I type this.) So I wanted to give people who liked Caught some kind of story in that world that would hold them over until Betrayed is ready to go live. Kaitlyn is an awesome character, and I wanted her to have all the limelight.  The Audible version of that book is in production. I’m currently reviewing the files, and hope to have my feedback to Kenzie within two weeks, so I’d expect the Audible version to be available by February.

Jan. 25-29: Caught’s birthday bash!  Caught turns 2 years old Jan. 28, so to celebrate its birthday, the ebook will be free Jan. 25-29. This is something I mulled over last year but didn’t have enough of a handle on. Now that I understand KDP a bit more, I can work these in. I want to celebrate these wonderful blessings God has given me, and this is the best way to do it.

April 1: Sojourn in Captivity.  I’ve had this finished for a while. I meant to publish it last year, but Power of Words took on a life of its own, and so the release schedule shifted a bit. Sojourn in Captivity is more or less a prologue to Images of Truth. Images of Truth features a different main character, but Elele, who is a main character in IoT, was so amazing and powerful, I wanted to go back and look at just how far she’d come. I took a risk with this story. It’s written in first person, present tense. Much like with Repressed, I wanted to push myself as an artist. The way I do that is looking at a genre or style I don’t like and trying to do it in a way that satisfies me. I honestly feel this story turned out wonderfully! It’s powerful and emotional while challenging me in both the style (see above) and the structure. You see, I like nice, proactive characters.  Elele is a spoiled brat, and, as the title indicates, she’s literally prevented from taking action for a major portion of the book. I couldn’t be happier with how this turned out. It’ll be available for preorder some time in March, and it’ll go live April 1.  It’s already finished (and the cover is awesome), so I feel confident with that promise.

Even more on this! Once Sojourn comes out, I’ll release a single flip book which will contain both Repressed and Sojourn. I love flip books, and this gets me another physical book I can sell at conventions. Also, both these stories feature compelling young female characters, and I think they’ll fit well together.

July 1: So if I want to release four titles this year, something has to come out around here. I’m working on one project, but that might not happen. Could I get Betrayed ready to go? I have no doubt that I’ll get through a few drafts by then, but I don’t know that I can finish it. You see, Betrayed looks to be about the same size as Caught, which makes me happy. I want the whole series to be composed of fast-paced, action-packed quick reads. I can’t promise Betrayed will be ready by then, but I will try, especially if the other thing I’m working on doesn’t happen.

Now I’ll just run down the list of projects I have in various stages of development. I’ll try to order them by how I think they’ll get released, but it’s just too hard to tell.

Betrayed: As I’ve said, I’m about 20 percent through the discovery draft of that story, and it’s going well. This has become my primary project, and I’m certain it will be out by Jan. 1, 2020, if it isn’t out sooner! This book features Dom much more prominently, and expands the scope of some of the events hinted at in Caught. The main characters of that story are Sal, Kaitlyn, Dom, and Zac, a new character who the government orders to take down Oneiros.

Hazel: This is the comic book I’m working on with Collin Fogel, my best friend in junior high and the cover artist for my first book. He’s received a lot of interest in the project, and I’m working on the actual text boxes for the first ten pages of the first of three issues. This is happening; it’s just a matter of when and through what publisher.

Hunted: This is the third and final book in The Oneiros Log. I have the main plot line down, but that’s about it. It will be the next thing I jump on when I finish drafting Betrayed. I’ll let the discovery draft of Betrayed sit while I outline Hunted. That will let me make sure I get my foreshadowing down and tie up any loose ends in the saga. It will be a main project in 2019, but it definitely won’t hit the market until 2020.  This book will feature Kaitlyn and one newer character you’ll meet in Betrayed.

Sonnets for my Savior: You’ve seen the weekly blogs I’m doing. I’ll eventually compile those sonnets into a book. My wife intends to do illustrations for it. This is an offering to God, who’s blessed me with this gift, so I wanted to do something that was completely devoted to him. It’ll come out in 2020 (after I finish all 365 sonnets and get an editor to glance at it). It might be delayed a tad because completing 365 water paintings is far more difficult than writing sonnets, so my wife might need more time.

The 1,200: This was actually something I intended to release a while back, but it just felt like getting The Oneiros Log done was the right call. If you liked The Journals of Bob Drifter, you might get a kick out of some of what happens. And if you look very closely, you might see some familiar faces. I might actually weave this in while editing Betrayed and/or Hunted. The question is when it will come out. I’m going to take a hard look at this story and make sure it works. I’ve developed quite a bit as an author, and so this story deserves an edit with my now more-critical eye. I plan for this to be released sooner rather than later.

New Utopia: I finished a draft of this story and realized it was two books. I intend to go back into this and expand each half into a duo-logy.  It’s a fun story. I call it Mistborn meets Avatar. Again, this only needs revisions and edits, but everything is pretty much waiting until The Oneiros Log gets finished.

Mercer: This is a series I plan to write like episodes of a tv show. Each season will have a specific plot, and each season will consist of a run of novellas.  I call it Dresden Files meets Bones. I honestly haven’t done much with it yet, but it’s going to start flying out of my fingertips as early as this year. Having something to work on that’s shorter will give me a way to release titles without forcing the larger works I write. 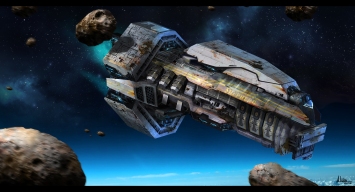 Perception of War: Images of Truth: So I was pretty deep into the discovery draft of that story when things derailed. I started Sojourn for an Anthology I thought I was going to publish with the HMS Slush Brain. Then I decided to write the entire Oneiros Log (I wasn’t going to write the other two books until my brother heard the plot points.) So this book kept falling back. I love this series. I love this idea, and I plan to play in this universe for years to come. I just have no idea when I’ll get back to this main book. (Feels like after Oneiros Log, while I edit New Utopia.)

Leah Saldawn and The Nick of Time:  I wrote the discover draft to this ages ago (Saleah wasn’t in high school yet, and now she works at a school). I let it sit because it’s unrelated to other books and for a much younger audience (10-16). I don’t like leaving things on the shelf, so I’m not sure when I’ll fit it in, but I will eventually. There’s a thought about seven books here, but we’ll see how things go. This one’s written, so it will get published.

Even as I type this, I’m stunned at how much is here. When I look back at March 3, 2015, I see a dude who was just stoked to see one of his books in print. Now I’m a steadily-producing author with a release schedule and readers who actually look forward to his next book. This dream-come-true is simply more evidence of God’s grace and absolutely made possible because of people like you! Thank you so much for your support. Thank you so much for reading my work and visiting my blog. Thank you for coming to see me at conventions and telling me what you thought of my work (even if it wasn’t very fun to hear). I’m honored to be where I am, and I look forward to seeing where the journey takes me next.

Thanks for Reading,
Matt