Marketing Journal: What Happened With Reedsy

A few weeks ago, I did a review for Reedsy, in which I told you about efforts to work with marketing. I wanted to do an update on how that’s progressed.

First, in my personal efforts to get my AMS impressions for each of my books to 100,000, I now am on pace for that mark for four of my titles. I am seeing more clicks. I’m not having any such luck with conversions though. The plan on that end is to still get my impressions up. I can work on the conversions once I’m finished with the impressions.

After a few internet-related delays, I had my scheduled phone call with the marketer I met through Reedsy. He was polite and patient with my questions. We started with an overview of my platform, which needs some work. I took notes on that, and I’ll chip away on that to-do list as I find time.

My goal was to discuss AMS, but the marketer (I’m leaving names out for at least the time being because this is an in-progress review, and I don’t want to create any issues where there may be none.) was much more focused on Facebook Ads.

So my own prideful thoughts were wrapped up in what I wanted to do, but instead of kick up a fit or redirect, I wanted to pay attention. The marketer is the expert. I need to listen to him and honestly think and apply the information he was giving me. I told him my fear. I don’t know how many campaigns I’ve done on Facebook, but I’ve never once had a single conversion on any Facebook campaign. He was surprised to hear that.

He gave me a lot of guidance, and I got to work developing one of what will be three FB campaigns I try. Again, this scares the crap out of me because I don’t personally trust FB adds. I worked on getting the first campaign ready. Then I sent him screen shots of the campaign and its settings.

He gave me timely feedback, and we think this campaign is ready to go. It starts on the 11th, and we’re going to monitor to see how it goes. I’ve already told him that if I spend another $50 for absolutely no sales, I’ll consider this experiment a failure. There is some bias on my part because of my previous experimenting with FB adds. However, this time I have someone talking me though the process, and my hope is that by going through this process with him, I’ll realize what I’ve been doing wrong this whole time, and I’ll see an actual Return On Investment and even a profit. 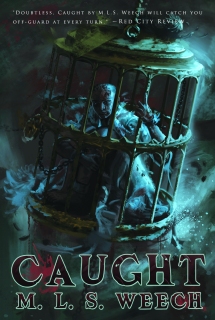 I’m marketing Caught because I’m working on getting Betrayed (which is about to be sent to Sarah!) published and drafting Discovered. The idea is to read Caught now because the other books are on the way. I targeted Readers who own Kindles and like horror.

I’ll update you on how that went, but I want to clarify a few things even I know. There’s never any guarantee any marketing campaign will ever yield result. Obviously a person should stop doing things that don’t work. The only thing I can really expect is that people will click on the link. Conversions have a lot more to them than just getting people to click the link. For instance, even my current efforts on AMS are a good example. I’m not getting about 7-10 clicks a day, but I haven’t had any sales since I started this effort. I’ve had a few hundred pages read on KU, but that’s about it. So there’s more work to do even after I get people to a book’s page. I’m more patient with AMS than FB because I’ve seen sales as a result of AMS, and (as I’ve mentioned) I’ve never seen a single sale result from FB.

The trick will be evaluating the data after the campaign is over. Again, the whole point of this series is to help other authors who are like me (or people who aren’t published) learn how to be more successful. Stay tuned to this part of my blog to see how things went.

One thought on “Marketing Journal: What Happened With Reedsy”