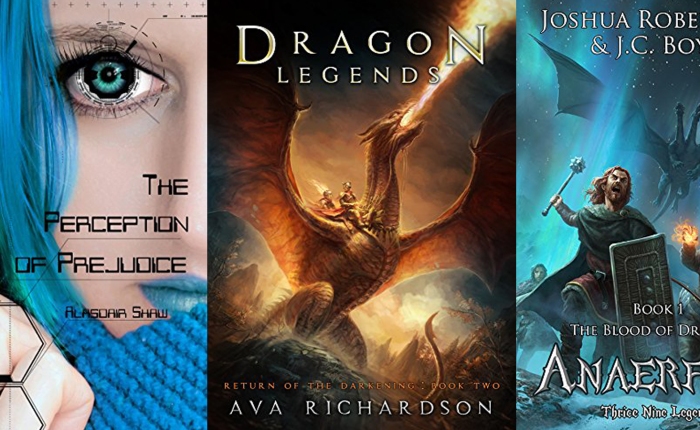 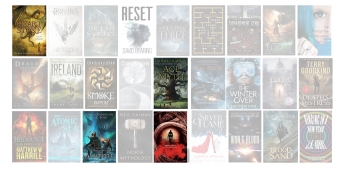 We’ve narrowed a great batch of covers down to four, any of which I’d be happy to stand behind!

We broke ANOTHER round record. (Could we break a record EVERY round? That’d be awesome!)  The Elite 8 had a total of 457 (give or take whatever hashes out as Richardson and Sullivan continue to duke it out as I type this). This pushes us to 2,712 votes, every single one of which I thank you all for so very much! Even in the month of March (you all know there’s this basket ball thing right?), this bracket is still on the most popular brackets page on  Brackify.com.

Let’s look at how this round broke down:

The Closest Contest:
I’m still refreshing the bracket while I watch Dragon Legends by Ava Richardson take on Age of Myth by Michael J. Sullivan. That thing was CLOSE! It came down to 1 vote, but Sullivan took it and 31% of the total votes.

The Largest Victor:
Joshua Robertson and J.C. Boyd are on a tear! Their book, Anaerfell, defeated The Elven Tales by Fabi Ghittoni by 28 votes and 61% the votes for their match. 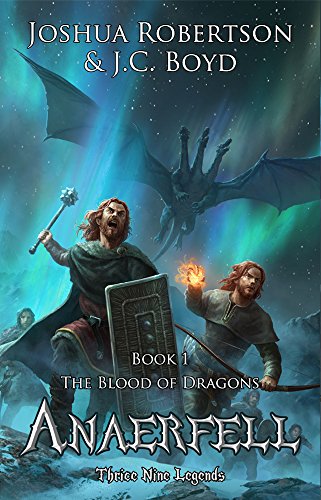 Most Voted On Contest:
Not to be outdone is the match I mentioned might have a ton of votes. It didn’t disappoint. With Blood Upon the Sand by Bradley P. Beaulieu vs The Unleashed by Bentz Deyo racked up 155 votes (25 more than the above contest). Deyo is BACK in the Final Four, where he fell to last month’s winner. He hasn’t gotten over that, and he’s clocking a ton of votes this time around. Anaerfell vs Unleashed is set to be another nail-biting, vote tallying monster! I’m just glad I get to watch.

Again, all contests had more than 80 votes, but Deyo’s match almost doubled the lowest voted match. By all means, support the cover you like best, but you CAN vote for every match. I had one author ask if he had to win the match AND the round, that’s not true. All you have to do is win your match, so vote in every round to make sure all the best covers move on.

Least Voted On Contest:
Hearthstone by Elle Katharine White vs Flight of the Krilo by Sam Ferguson had the fewest votes with 80. 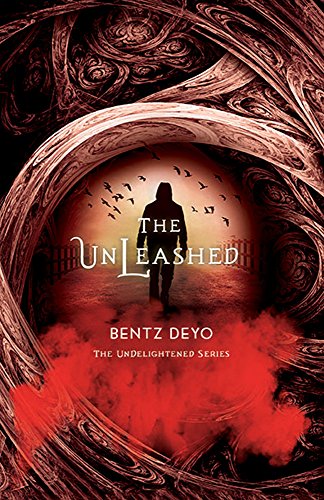 Bentz Deyo is out for revenge! He took the top number of votes again (88) for the round and has the most votes overall (241). Basically, the bottom two of this round would have had to team up to take him out. Anaerfell is no slouch though. This match pits the top vote earner (Deyo) against the number 2 vote earner.  WOW is this going to be fun.  Don’t worry though, Brackify is running smoothly, it can handle the votes!

The Final 4 ends at the strike of Midnight, March 20. That’s only 2 days, so call your friends, share my posts, get your readers engaged!

Last month was a bit odd because February is a short month. That’s not the case this time. Only the runner up to this month will get a second chance in the March bracket. So if you want to be sure you land in the Book Cover of the Year bracket, wining the month is your best bet!

Get out there and vote! 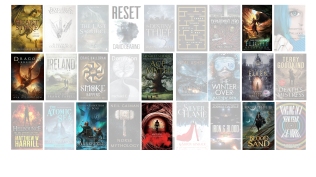 Hello everyone! The Elite 8 is here, and the voting is getting more and more difficult! I don’t get tired of saying it; this was another record-breaking round! The Sweet 16 had 788 votes, which puts us at a total of 2,255 votes so far!

We had two contests come within 5 votes.  Heartstone by Elle Katharine White vs The Last Sacrifice by James A. Moore and Dragon Legends by Ava Richardson vs Surviving the Evacuation: Ireland by Frank Tayell were equally close calls with Richardson and White each wining by 5 votes and only 53% of the total votes.

The Largest Victor:
This wasn’t close by any stretch of the imagination.  With Blood Upon the Sand by Bradley P. Beaulieu showed up big time against An Impossible War by Andy Remic. Beaulieu won by 45 votes, earning 71% of the total votes.

Most Voted On Contest:
I’m not sure what else Joshua Robertson, J.C. Boyd and Karpov Kinrade were doing, but they were certainly calling on their followings! Anaerfell by Robertson and Boyd narrowed out Silver Flame by Kinrade by 15 votes, which is tiny compared to the 139 votes that match received.

Least Voted On Contest:
Once again, every contest received more than 80 votes, which is great, but let’s make sure that if we call on our readers, we ask them to vote on every contest. Stone vs Sacrifice and The Destiny Thief by Luanne Bennett vs Flight of the Krilo by Sam Ferguson both only received 83 votes.

Most Votes:
Anaerfell is the top dog for this round. To show you how close that match was, in terms of total votes so far, Silver Flame received 135 total votes (which is more than With Blood Upon the Sand, which is moving on). In order to move on, Robertson had to surge to receive 138 total votes.  In short, Robertson had to essentially win twice to stay in the tournament.

So now it’s on to the Elite 8!  This round will last until March 18, which is only about 4 days! I think this round might be one of the closest ever. I’m VERY curious to see which 4 you all choose to send on in the tournament. 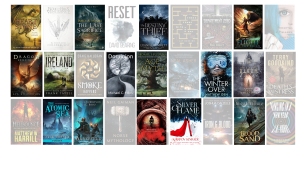 After yet ANOTHER record breaking round, we’re down to 16 covers. I’m so glad to see such a positive response to the contest. But enough about me and my elation, let’s look at what happened after 1,467 votes!

We have a few ties here.  The Winter Over vs War Factory and Ringing in a New Year vs An Impossible War were both decided by just four votes! War and Winter were the victors in those close contests.  Over earns the tiebreaker in because it’s narrow 52% margin of victory.

The Largest Victor:
Bentz Deyo is back people! He brought his following for his cover to The Unleashed to defeat A Gathering of Shadows by 41 votes! The Elven Tales had the largest margin of victory over Death’s Mistress with 71% of the votes. Those are some pretty impressive numbers.

Most Voted On Contest:
Unleashed vs Shadows had the most votes with 119.

Least Voted On Contest:
I’m thrilled to say that every contest had 80 or more votes.  Four matches were tied for the least votes at 80: The Destiny Thief vs Three Years With the Rat, Surviving the Evacuation: Ireland vs Smoke Happens, Age of Myth vs Explorations: First Contact, and Winter vs War Factory.

Most Votes:
Unleashed is back on top with the most votes. Mr. Deyo spoke with me. He’s very determined to make the most of this second chance, and he’s already making good on his word with 80 votes in this round. 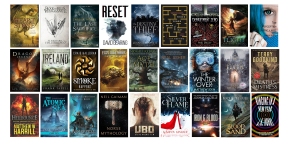 Happy 1st everyone! For me, that means it’s time for a new Book Cover of the Month Bracket, and I’m more excited every time I do this.  If you’re curios or new, check out the Book Covers for December and January.

Last month was simply enormous, and I hope to keep this momentum going in the right direction. We have 28 new covers to look at, and the top four runners up from last month have a second shot to win the month!

If you know the authors or the artists, please share this and tag them. I try to tag or friend every author I can, but sometimes it’s hard to track someone down. Max participation is a huge deal to me. The more people who vote, the more recognition these authors and artists receive, and I want this to be as legitimate as possible.

Round 1 will go from today to March 8.

The Elite 8 will take it from there until the 18th.

I hope you keep having fun. Please, vote, share, and discuss as much as possible.

All you have to do now is head over here to vote!