Spoiler free summary: In Cytonic by Brandon Sanderson, Spensa is trapped in the Nowhere, which, as it turns out, is somewhere. It’s a strange place composed of various fragments from various planets. Spensa must travel a path that will help her unlock her powers, but each step forward brings her closer to the Delvers she’s trying to defeat.

Character: Spensa and M-Bot have always been a cute duo. This book takes their relationship with readers to a new level. There is one particular scene in this book that down-right forced a tear (just one mind you) from my eye. It’s one of those horrific moments where you realize what’s about to happen, but you’re helpless to do anything about it. We meet other characters who are equally charming. These characters are why the series is so strong, but it’s not what make the book special.

Exposition: For a third book in a series, this book doesn’t have the inordinate amount of exposition one would expect. Given how much I read in that universe before this book came out (see my previous reviews on Sunreach and ReDawn), I think I just kind of mentally skimmed over it. Given the worldbuilding, there is a lot of dialogue-based exposition, but it’s spaced out in a manner that keeps the pace moving.

Worldbuilding: This is what sets this book above others. This book reveals not just a more expansive universe, but also a historical aspect that’s really intriguing. For me, just this worldbuilding wouldn’t have been enough. To be blunt, the plot line is essentially a travelogue through the history of this universe. So while interesting, it’s not compelling to me. However, this connected with compelling characters (and a few other bits of mystery) really flesh out what would otherwise have been a flat (if still enjoyable) read.

Dialogue: Sanderson reminds me of Koontz in how his dialogue can seem witty and fun. It’s a style I try to emulate. This only happens when the characters are well established. Spensa’s relationship with M-Bot remind me a lot of Buffy’s relationship with Xander. I’m not really sure why, but it does. There’s a element of innocence mixed with admiration (though not romantic in this case) that I find lovely. The playfulness is charming, too. That tear moment I mentioned above, that was in dialogue. It all came together well. Yes, the inevitable “teacher” shows up, and that individual has to give all the expositional data on how the Nowhere works, but it’s still presented in a charming fashion.

Description: While I was happy with the description in the story, I think, perhaps, hard scifi fans might be disappointed. It’s a balance I don’t worry over too much, but it exists. I saw what I needed to see. Sanderson unlocked my imagination and let it do the rest. I feel like scifi fans want more. They want to see what the author sees, where as I just want to see enough to let my mind do the rest of the work. I’ll probably blog about that in the future. Regardless, I was happy.

Overall: This book is equally underrated as Redawn is. I’m honestly hard pressed to put one above the other, but I’d give this book a slight edge. This series is better than the average YA book series out there. It’s fresher than the Divergents and Hunger Games, and also less dark even though it’s still dystopian and still has some deep content to consider. Frankly, I still think this series should get some Hugo consideration.

Earlier, I announced via Facebook that The Journals of Bob Drifter has been nominated into the Fantasy category for the Summer Indie Book Awards.  This, I felt warranted a lot.  Here’s a list of all the nominees.

First:  I can’t tell you what an honor this is.  Whatever happens, just the fact that enough people liked my book and nominated it means the world to me.

(TANGENT)  I talk to my friends a lot about my writing.  They know what an effort I make just to keep myself relevant in the indie publishing world.  It’s a lot of work, and marketing isn’t what I want to do with my life, it’s just what I have to do if I want my books to sell.  If given the choice between the New York Times Best Seller List or ten readers who absolutely loved my book, I’d go with the ten.

I want people to like my stories way more than I want my stories to sell.  Don’t get me wrong, I’d much rather have a million sales with just as many positive reviews from happy readers who liked my book.  It’s ridiculous to think EVERYONE who reads my book will love it, but I’m proud to say most of the people who’ve read Journals at least like my book. Heck, most of them even love it.  That’s worth a lot in and of itself.

Second: One thing I beg all of you to do is to head over to the link above and like their page.  Sign up to vote.  Anyone who tries to recognize anyone should receive as much support as possible.  I humbly request all of you do so with this organization.

Third:  Voting begins Sept. 1.  You can sign up for online voting here. I’m not sure how the voting will go, but I know it’s scheduled to run until Sept. 11.

Now for the really important part.  Let’s talk about awards.  I can not begin to express how competitive I am.  If there is a human being out there who likes winning more than me, I don’t think I’ve met the individual yet.  The more I want to win, the more ridiculous I get.  But winning for the sake of winning is altogether meaningless.

I want as many people to vote.  I want everyone who’s ever read a single nominated title to vote, but the only books you should vote for are the ones you’ve read and truly loved.  I’m talking, “If you were stranded on a desert island and could only bring one book (aside from the Bible.  I’m a terrible Christian, but I’m not THAT poor a man of faith.) which one would it be?”

I don’t know if you’re aware of the Hugo Awards, but year after year it seems there is more and more controversy surrounding what should be the most respected award of its kind.  This is heartbreaking to me.  I LOVE the Hugos.  I’ve read the first four, and every Hugo winner since 2010.  I’ve voted twice.  This is because I only vote in categories where I’ve read every book nominated.  I have favorite authors, but I don’t vote for my favorite author; I vote for the story I think best encompasses what I feel the Hugo represents.  Some years, I luck out and have time to read them all; some years, I don’t.

In this situation, there are simply too many for that to be an even rational, much less reasonable demand.  However, I’ve looked at the list twice, and I personally nominated three of the books, and I’ve read at least five.  I’m not asking you to read them all, though I hope you’ll give all the nominees a chance.  Just think, a lot of people thought these books worthy of an award.  I myself plan to update my TBR list accordingly.

This isn’t me campaigning for you to vote for my book.  I know EXACTLY how many people have a copy of my book.  If they love it and vote for it, I’m honored.  What I’m asking is that you vote, and you vote for the one book you love above others (see the aforementioned standard).  Next year, the eligibility requirements will shift.  I intend to try and read the nominees just as I do the Legend and Hugo awards.   (NOTE:  By some happenstance, I usually end up reading the Legend Nominees well before the voting begins.)

As I said, I’ve read at least five of these books, and they’re good books, a few are even great.  I have a lot of sayings around my students.  The most relevant one today is, “I don’t want to be the best; I want to be the best of the best.”

In the Navy, I was a pretty decently decorated and recognized mass communication specialist.  The biggest honor of my career was frocking (translation:  I got to put his new rank on his collar) on of my former students to petty officer second class.  (Hi Scott!).  This is closely followed by the opportunity to put pins (Um…cool Navy medals that mean they know a lot of stuff) on the two young men I deployed to Afghanistan with.  In fact, everything I brag the most about was how hard I worked to help others earn promotion and recognition.  I want to be a part of something great wherever I go.  The Slush Brain is an AMAZING group of equally AMAZING authors.

What does this mean for this award and others?  Well, if I win, I want it to be because the people who read my book though it was the best book they read out of whatever other nominated books they’ve read.  If I lose, I want to purchase the winner’s book, read it, and say, “No wonder!  This book is AWESOME!”  (Yes, I realize I don’t have a very big adjective lexicon.) 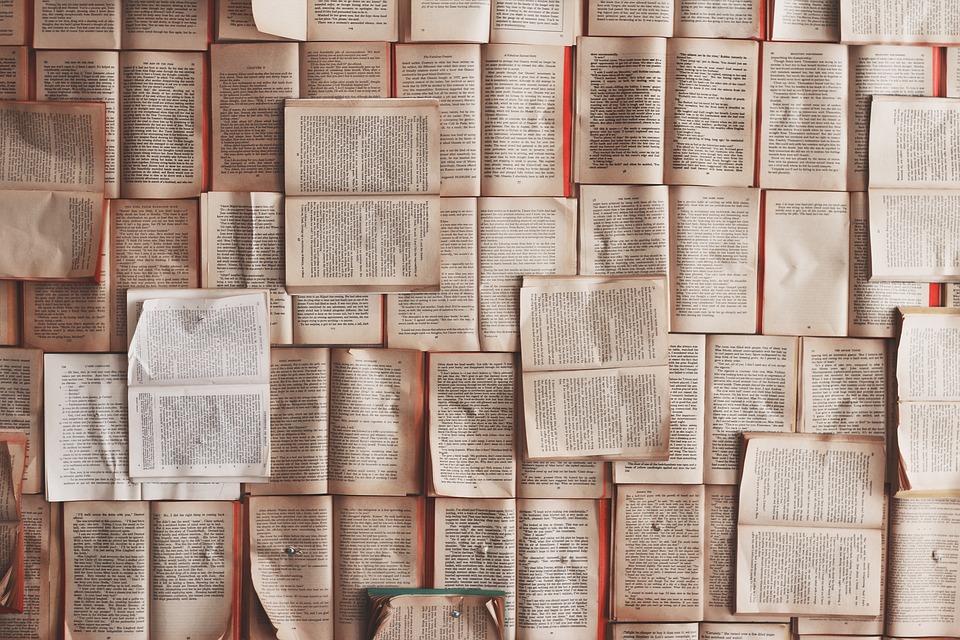 So instead of rallying for votes.  I’m rallying for readers.  Read these books.  Read one of them.  Read ten.  Whatever book you vote for, buy the other books from that same author.  I’m honored to be a part of the indie author community, and I want others to see how wonderful (found another adjective) their work is too.  Support SIBA by liking their page, reading what nominated books you have the time to read, and voting, not for the person you like the most, but for the book you like the most.

Once more, I’m honored to be nominated,  I’m overjoyed to see a few dear friends also received nominations (Hi Cindy! Hi Angela!).  I wish all the nominees the best of luck, and I wish all of the voters happy reading.