I bring tidings of joy to all fans of my work! The discovery draft of my next book is done. I’ve made a few Facebook posts about the project, but now that I have something written, I can talk about the project a little more.

Repressed is a novella featuring Kaitlyn from Caught. It takes place three years after the events in Oneiros Book One. Below isn’t exactly the book blurb, it’s just a quick summary for my wonderful blog followers:

My name is Kaitlyn, and I have superpowers. No really, I’m an empath. About three years ago, I met some people, and well all have powers now. The five of us who survived the day we met, not all of us made it, live together. The thing is, they think that because I’m a teenager, I’m not ready to help them save the world.

When Kaitlyn decides to protect a new girl from bullies, she gets a taste for using her abilities and secret training like the heroes of the comics that she loves to read. But as she starts to do more, she learns her powers don’t work exactly the way she thought they did.  Things get even worse when she learns that hero work isn’t as easy as the comics make it seem. When hatred and ignorance come to a boil, Kaitlyn has to decide what it really means to be a hero, and her decision puts the lives of three other classmates at risk.

This isn’t the sequel to Caught.  If you need to position it in your mental timeline, consider it Oneiros 1.5. I wanted to do more (shorter, not short) fiction, and I also needed something to bridge the (even larger) gap between book one and book two in the actual trilogy. That, combined with my love for this character presented me with too many opportunities to pass up.

The biggest opportunity was for me to test myself, which I want to do with every project I take on. You’ve seen my reviews regarding YA novels (Here’s my last one in case you haven’t.) It’s not accurate to say I hate the genera, but I’m certainly not a big fan of some of the overused themes. A part of me felt that if I was going to stand here and talk about how much some of those themes bothered me, why not take a crack at the genre? It would force me to stretch, and resist some of what I think a lot of YA shortcuts. The main issue: the stupidity or ignorance of parents.

I see this too much in YA, and I didn’t want to fall victim to it, especially since four out of the five members of Oneiros are adults. So I took it upon myself to add that challenge to an already interesting plot. As if that weren’t enough, not only do I have to keep Sal and Kira working as loving, attentive parental figures (not to mention Dom, Brandon and Chris, who all have at least some brief appearances in this story), but they’re powerful psychics. That’s a challenge that I think I’ll have to do even more work on in subsequent drafts.

Why do this? Because one of the reasons I love writing is it’s always a challenge. I want this book to make me a better writer, and I want the next book to take me even further. Writing outside of my normal genre (if anyone accuses me of having one yet) does that for me. I don’t have any other plans to write YA in the future, but I still get to practice first person, and it opens the door for more in that world soon.

What does that mean for Oneiros? Well, I just don’t know when to stop. While there’re a few intense moments in Repressed (and even a few Caught easter eggs), this is a YA novel. In my opinion, if your main character is a 16-year-old girl, you’re writing a YA novel. Rather than fight it, I embraced it. My hope is the people who love Caught will appreciate seeing their favorite characters again as a way to tide them over until I finish books two and three. Also, this book sets the stage for one of the major points of conflict in book two. You see, Kira and Sal have very different ideas on how Kaitlyn should be raised. Those issues get touched on here, and they’re explored more in book two. We also get a sense for how truly powerful Kaitlyn is, and what that amount of power costs her.

What’s next? Repressed is about 35,000 words at the moment. It’ll go in a digital drawer for at least two weeks. I like to step away from a project. It gives me time to separate my emotions from a project. I just finished it, and I feel like a genius. The reality is there are some things to work out and typical Matt issues to smooth away. I won’t be idle in that time. I’m hoping to have Sara’s edits on Bob Drifter back, and my main goal is to try and get the second edition out before I do another draft on Repressed. While I wait for that, I’m going to start looking at 1,200, a story about a homeless veteran who’s using his abilities to help other homeless vets keep their sanity, that is until a monster who feeds on magic shows up.  I still, ambitiously, would like to release Repressed, 1,200, Oneiros Book Two and Oneiros Book Three out in 2019. I’ll work on them with Oneiros being the top priority until they’re done. Having this draft done means I have at least one release already locked in for 2019, four to go. (Did I mention I also plan to release a few more novellas? Like I said, I don’t know when to stop.)

I hope my stories keep you all engaged the way my favorite authors keep me clamoring for more of their work. If that’s the case, I hope a post like this lets you know how committed I am to continue entertaining you. 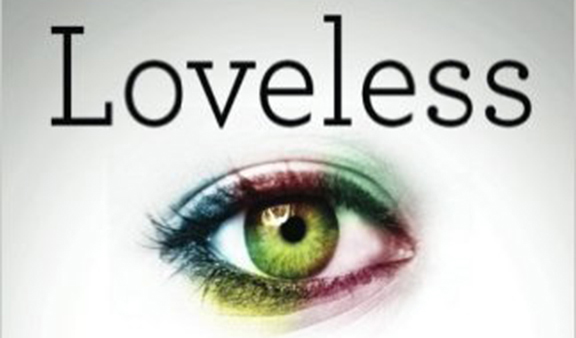 Spoiler Free Summary:  Loveless by Marissa Howard was the January Book Cover of the Month. I’ve already reviewed the December Book Cover of the Month, which you can find here. Laney is a young woman raised in a underground community that has put a ban on love in order to keep the hate and violence that destroyed the world from returning.  She’s ordinary until someone convinces her to petition for the right to journey back to the surface to find love and bring it back. She and six other teens strike out to find out what’s become of the world since it’s destruction 74 years ago.

Character:  Laney is a nice character. Her motivations and actions are honest, genuine. Given her circumstances and the setting, I found her the most compelling aspect of the book. Her observations and journey are what drive this story.

Exposition: Since this book was told in first person, exposition is a bit more expected, but I’d say this book gets a tad carried away. The first ten or 15 pages felt (it was a while since I read it, and I may  not be remembering clearly) like a narrated backstory and info dump as to how the story got to this point. Once the plot gets moving, this problem clears up.

Worldbuilding:  I’ll admit (once more) my dislike for YA books in general. Anyone reading a review from me regarding a YA book should make sure to take what I say with a grain of salt (or a pound). That said, my biggest issue with this novel was how unable I was to suspend disbelief.  This world and story are built on a premise that I simply can’t call feasible, at least not without some sort of chemical assistance (of which there is none in this plot). The characters are solid. The plot is well thought, but I felt like I was reading a bad premise that was well executed. I don’t want to reveal more than I already have about the plot. Otherwise, I’d got into more detail. Still, what I feel most needs to be said is that the test of this book is deciding whether or not you can believe in the world and history of this story. If you can, you’ll probably be okay with it.  If not, I ask you to at least look at the characters, who are compelling.

Dialogue:  The dialogue was effective. It wasn’t stilted, nor was it particularly special (for reference, I think Odd Thomas by Dean Koontz is the standard for charming, snappy dialogue).  This book had believable dialogue that didn’t drag the story down.

Description:  This was one of the stronger qualities of the book, especially once the characters go topside. Howard has a knack for providing the right sensory information in the right spots.

Overall:  Like I said, the test is, “can you believe a world or society like this would actually exist?” I couldn’t, and that frustrated me. But even I’ll acknowledge that if a reader can “go with it” and read the story for what it is, they’ll enjoy it.