Your First Draft Will Never Be Perfect

Something that slows down or even completely stops an aspiring writer is the idea that the book is finished when he or she completes the draft. I see it with my students. They spend far too much time trying to make the first draft their last draft.

That’s an unfortunate misconception that only serves to devastate someone. I’m not saying it never happened to me. The first thing I ever wrote, I proudly presented it to a few friend’s and even a published author. I wanted them to lavish me with praise and compliments. That’s just not how it went.

My friend pointed out all of these plot holes, and the author I showed it to just told me why it didn’t work. I was absolutely devastated. I had just spent about a month typing some thousands of words, and the story wasn’t any good.

What saved me in that moment was my sheer stubborn nature. All my youth spent having to do something over and over again until it was right instilled in me the determination to keep at something until it’s done. I’ll admit, that same youth put me in a mindset to completely hate having to do something again. I still do.  The thing I learned, and the thing I want others to know, is that the first draft is only a draft.

If your stuck because, “I just can’t get this chapter right,” rewrite your definition of “right.” A first draft should have the general plot and major character events in an order that makes a pretty good amount of sense. I overemphasize this statement. JUST. KEEP. WRITING.  First of all, there is no such thing as a perfect story. Someone is going to find a plot hole you didn’t think of. Someone is going to find some copyediting error you didn’t even know existed. For the first draft, don’t even worry about it. Write to get the story out. Hunger for people to point out the holes. Crave criticism.

Now those are things that are still against my nature. “I love this story! I couldn’t bear it if someone didn’t like it!” Do yourself a favor: Never publish that book or show it to anyone. Someone is going to hate your book. It’s the world, and the people in the world will find things they don’t like. Use that feedback to make the book better. By all means, stand behind decisions you make, but do so knowing what some readers might think of those decisions. 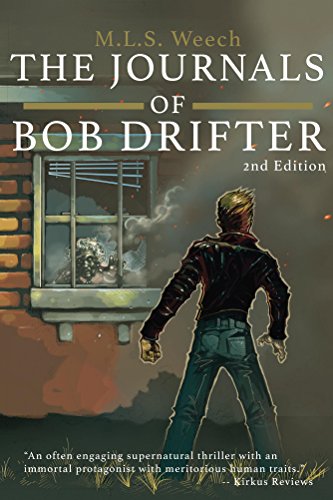 The Journals of Bob Drifter was my first book. I have six reviews that are two stars or lower between Amazon and Goodreads. That mans six people just flat didn’t like my book. It hurts to think that. I really want people to enjoy my book. However, if I really did let that stop me from publishing, I would have missed out on the 50 four-star-or-higher reviews. At least 50 people loved the book! That’s the nature of entertainment. (I have 63 reviews for Bob between its two editions and the review from Amazon and Goodreads.) However, the final draft of that book looks very different from what I originally wrote. The order of the book was very different. Some of the decisions were different (particularly with Richard). The criticism from editors and beta readers truly helped shape the novel into what it became, and I still love it.

Every single one of my titles has the same story from that point of view. Sure, when I get criticism, I feel defensive. Who wouldn’t? But a published author has to push through the fear of criticism and see it for what it is, a valuable tool to get better.

When I sit down to write my discovery draft, I have zero regard for anything. I just pound the story out. Sometimes I leave little letters to myself. However, nothing keeps me from finishing the draft. Nothing stops me from getting the story out.

You can’t revise an incomplete story. Anyone who tells you otherwise has figured out something I’ve personally never seen. I’ve heard the same from Brandon Sanderson and James Patterson. I do know that Sanderson had written about 13 books before an agent he’d been soliciting flat told him, “I’m trying to get this book where it needs to be,” or something to that effect. Sanderson said he didn’t want to revise and that he’d prefer to just move on to another book. He eventually came to understand the value of revision.

I type this bit of advice to convince aspiring authors to forget about what people may think or say about your first draft. Just get it written. Embrace the feedback. Don’t ever stop drafting until you’re done with that draft. Then, and only then, you can revise, and revise, and revise.

Don’t be afraid. Some people might not like your story. There might be many more times the number of people who love it. Sure, there is a universe where everyone who reads your work hates it, but it’s statistically unlikely. But in my days of doing conventions and talking to aspiring writers, I continue to hear the same set-back. I just keep going back to rewrite it. Sure, rewrite it after it’s complete. But if you never finish the book because you’re revising it, realize that you’ll never finish your book because you’ll never be done revising it.

5 thoughts on “Your First Draft Will Never Be Perfect”