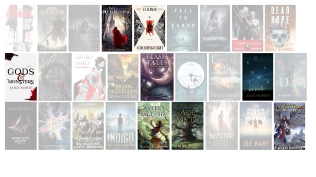 This month has been quantifiably competitive! We’re kicking off the Elite 8, and each person in this bracket has a dedicated following! The Sweet 16 had 771 votes (just short of a record), which puts us at 3,046 votes so far.

Michael J. Sullivan just won’t go down. His cover for Age of Myth is the only book to have to rematches. It seems like every match he’s in is a close one. This match with The First City by Joe Hart was no different.  Sullivan edged out Hart by 1 vote (51 percent of the 97 votes the match received). The Day the Sky Fell by Adam Dreece also narrowly beat Brimstone by Cherie Priest. (I mean the last vote tipped the tie at 11:54 p.m.).

We didn’t have quite the same max participation as we did in the last round, but everyone still got plenty of votes.  Chaney and Edmund’s match was the low-vote earner this round.

Most Voted On Contest:
The most voted on contest was Gods and Monsters by Janie Marie vs The Bone Tree by T.A. Miles. They both received more than 50 votes, but Marie took the round with 72 out of a total of 123 votes. 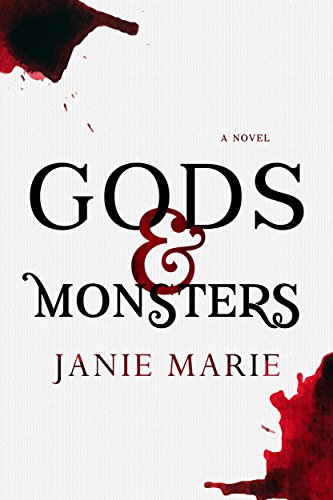 Most Votes:
Gods and Monsters has surged to the front of this bracket. Marie’s received the most votes of the round as well as the most votes so far (164). It’s going to take at least 75 votes to beat her.

The Elite Eight lasts until May 10, which is another three days to show your support for the cover you like best!