I was talking to a student about narratives recently, and the topic of characters, story arch and Star Wars came up.

The student affirmed that he hated Rey, but really liked the main character from Rogue One.

Those were his words.

The student looked at me blankly.

“How can you say you like a character you can’t even name?”

Let’s just start with the simple biometric data: Both actresses (and therefore characters) are shorter (less than 5’9″). Only four inches separate them. Both have dark hair. They have the same build (healthyceleb.com says they’re exactly the sam weight). They both have lighter eye colors (green and hazel). So they do, in fact, look very similar.

Now let’s look at the character’s specifically.  Both were abandoned by their parents.  Both have a serious investment in their familial legacy/origin. Both are incredibly skilled in their craft and seemingly learn at alarming rates. Both are witty. Both are prone to “rage” moments. 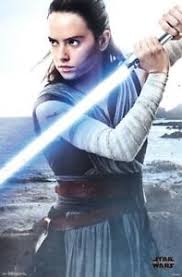 Seriously folks, @me on this. Heck, I can line up Rise and Rouge One plot point for plot point if you want in terms of their arch:

The only actual difference between the two is that only one lived.

I suppose one could argue Rey’s arc is more complete, but ironically that’s the thing everyone (I talk to) disputes about why this trilogy is bad.

So I leave it to you wonderful readers. Assertion: Rey and Jyn are pretty much the same drn character. Agree or disagree?

2 thoughts on “They’re the Same Character!”